Menu
Back to all

How JAVA is More Effective Then Other Programming Languages 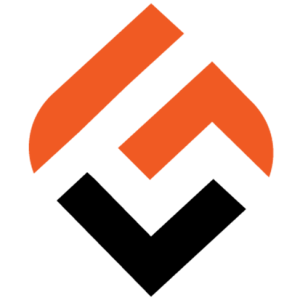 JAVA- Java is a computing platform and also a high level programming language developed by Sun Microsystems in 1995. Since then, the language JAVA has been regularly and continuously gets updated with Java 14 or JDK 14 version being the latest version, released on March, 17th 2020.

It is one of the advanced and top programming languages in the modern era by many aspects and measures. Regardless of whether anyone thinks that Java is now stagnating, growing, or dying, one has to admit that Java had truly advanced, revolutionized and had also defined as the programming of 21 st Century. Java has been combined and brought a large number of useful programming language features that were previously available only separately or in various other languages.

Most of the organizations use Java in one way or the other way. As according to Oracle, more than 3 billion devices run applications designed on the Java development platform. Java is used to design & develop the following applications such as:

Java is simple, free, distributed, object-oriented, supports multithreading and offers multimedia and network support. Java enables higher cross- functionality and portability as programs written in one platform can run across other desktops, mobiles as well as other embedded systems.

Unlike C and C++, Java programs are compiled independent of platform in bytecode language that allows the same program to run over any machine that is having a JVM installed in it.

As a highly popular at embedded, enterprise, and network level, Java is having a large active user community and support features available.

Relatively seamless forward compatibility feature is also available from one version to the next Java is having many powerful development IDE tools like Eclipse SDK and NetBeans which are having debugging capability and offer combined integrated development environment.

Increasing the language diversity, which are evidenced by compatibility of Java with Scala, JRuby, Groovy, and Clojure.

Java is uniquely developed to reach the most benefits of automated refactoring ideas by a pure chance. The original Java language design does neither include any kind of macro system nor the preprocessor because of the desired simplicity and cross-platformness. This design turned out to be a gold and made Java language exceedingly well suitable and suited to safe and automated refactoring in IDE.

Technology and advancements are growing rapidly now a days, result

At the present situation, where there is complete Lockdown regarding